We would like to thank you for delivering a very elegant annual report this year. (The annual report) is very engaging and friendly to read; the use of human imagery and inserts allow for natural breaks in the content. The production really adds a refined look to the report with the choice of paper and metallic inks. Thank you once again for the beautiful execution, seamless production and delivery process.

Gulf Finance House, commonly known as GFH, is a leading financial investment company in the Kingdom and within the GCC region. Established in 1999 and rebranded by Unisono in 2013, GFH has been a long-standing client over the last decade. Each year the GFH Financial Group publishes their annual report and Unisono has had the privilege of working on each one for the last 6 years. This year we were tasked with the biggest challenge of them all – the 20th anniversary annual report.

The team at Unisono, working along side the Corporate Communications team at GFH, have delivered countless projects, both creatively and strategically over the last six years. The 20th anniversary annual report is the sixth of its kind that the team have created and produced. With the 20th anniversary annual report brief, we were required to deliver something unique, prestigious, relevant and original that would shed further light on the ‘platforms’ theme that we started in 2018.

The creative strategy focussed on ’20 years of expansion and growth’. Beginning with an expanding 2020 monogram on the cover, radiating over 20 lines like the rings on a tree, the theme drove the entire visual presentation of the annual report.

The results of our 20th anniversary annual report works

Aside from the design and copywriting, we were also tasked with their unique production, the end result of a extensive print sampling process that began with the notion of doing something exceptional with a nod to the concept of ‘a good vintage’.

The creation and production of the 20th anniversary annual report for GFH was a surefire success, with the agency delivering in time for the brand’s AGM and to the delight of the CC team, the CEO and importantly, the shareholders.

To know more about our work rebranding GFH, the leading financial investment company in the GCC, click here.

Want to work with us on your annual report: 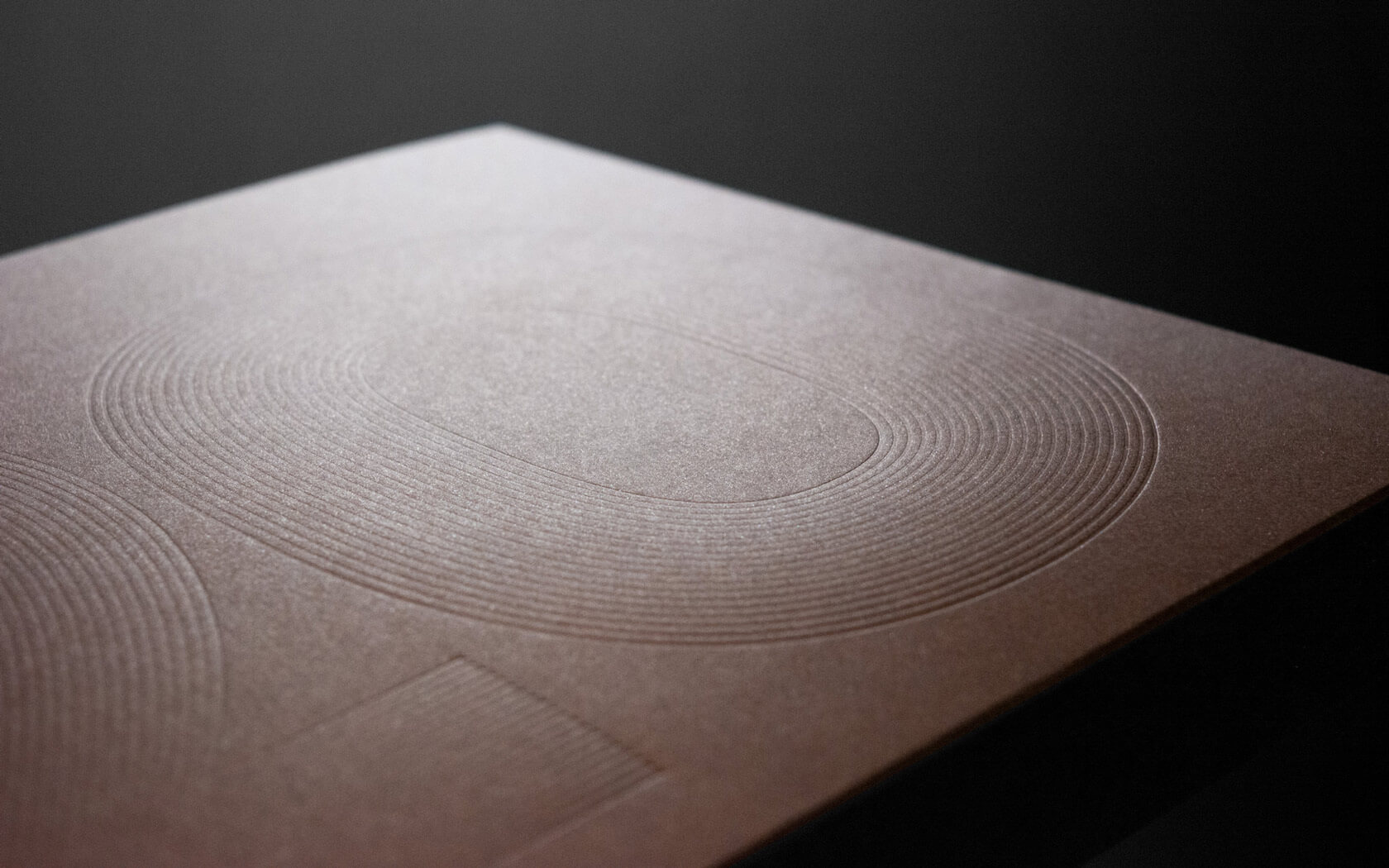 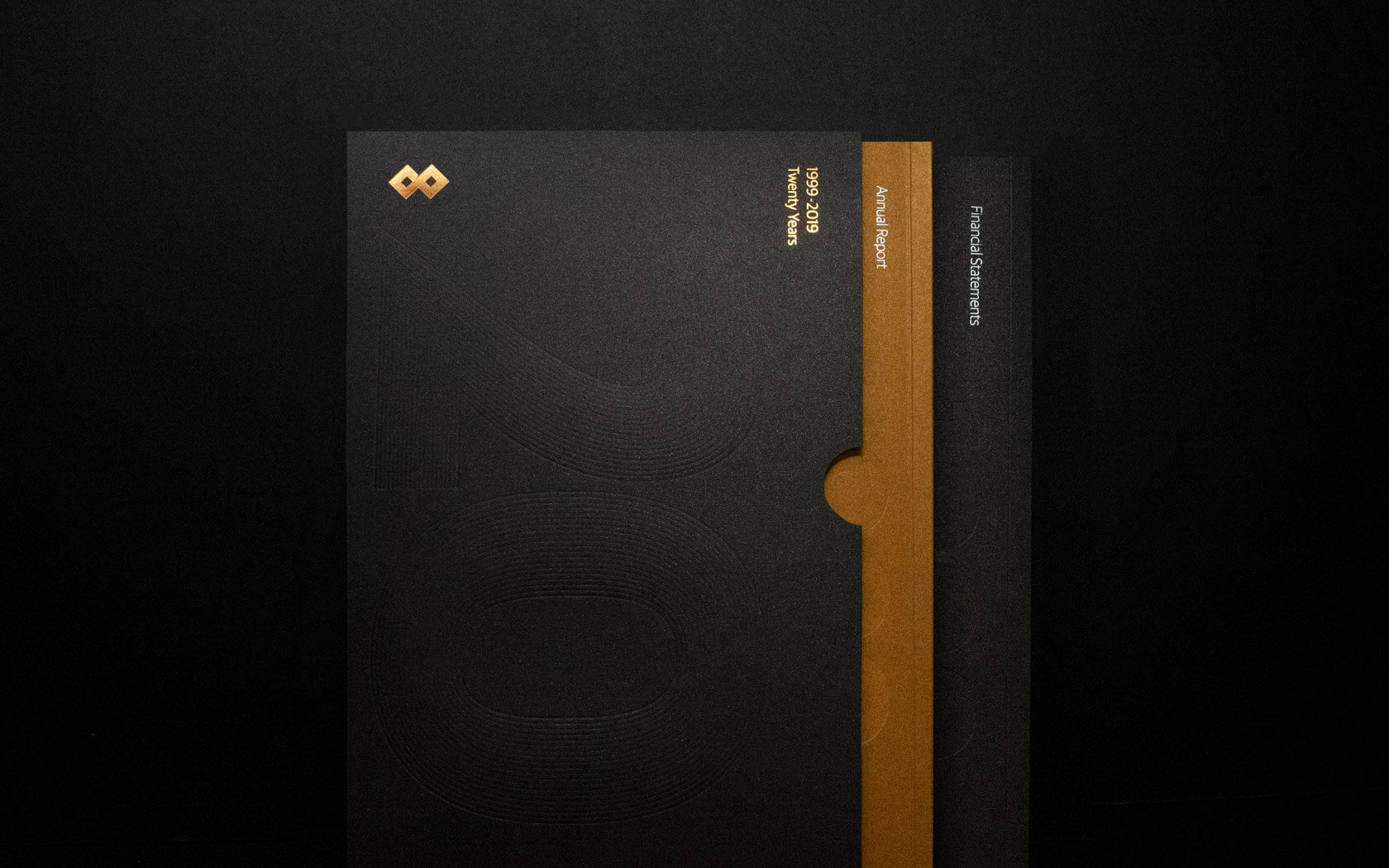 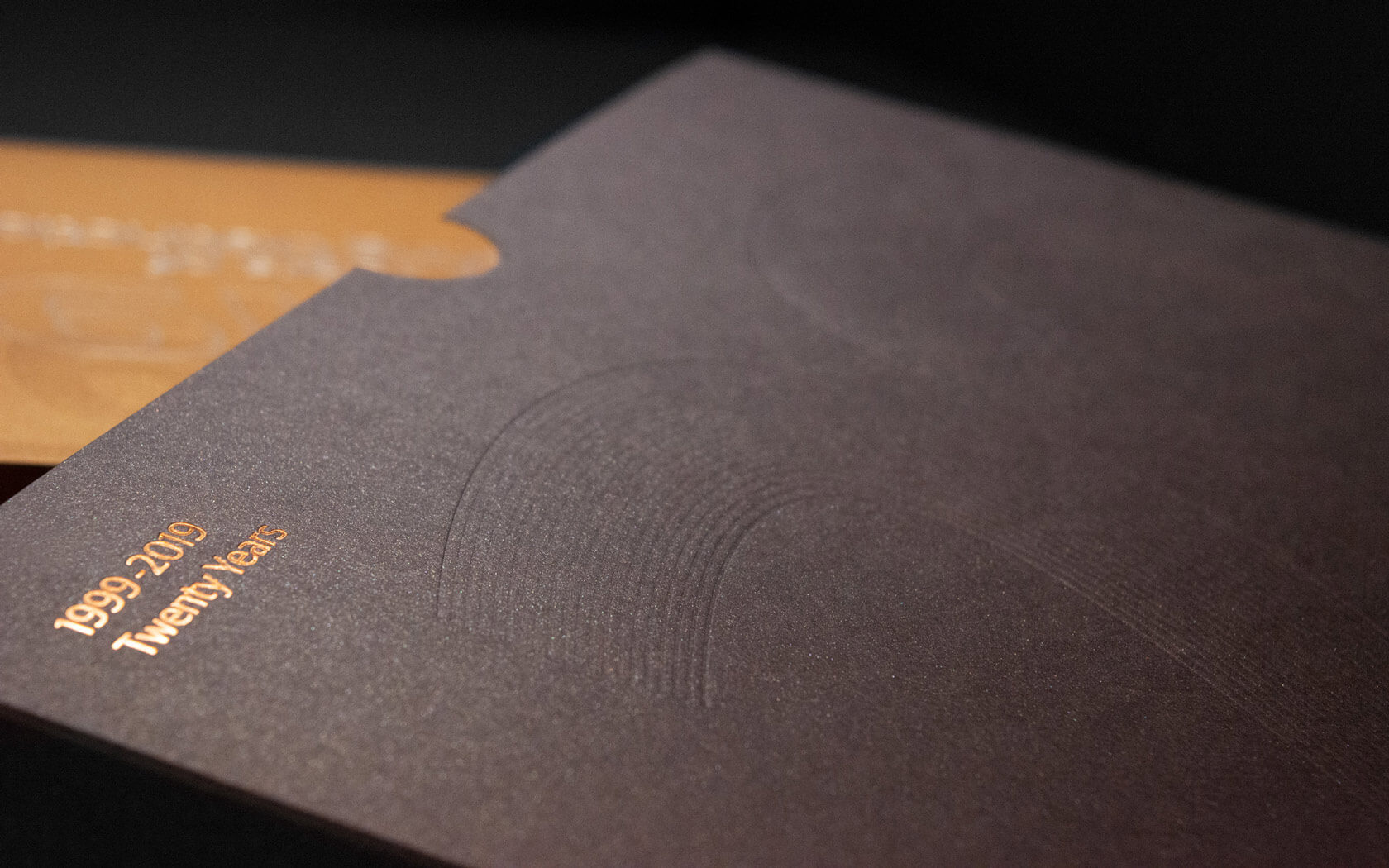 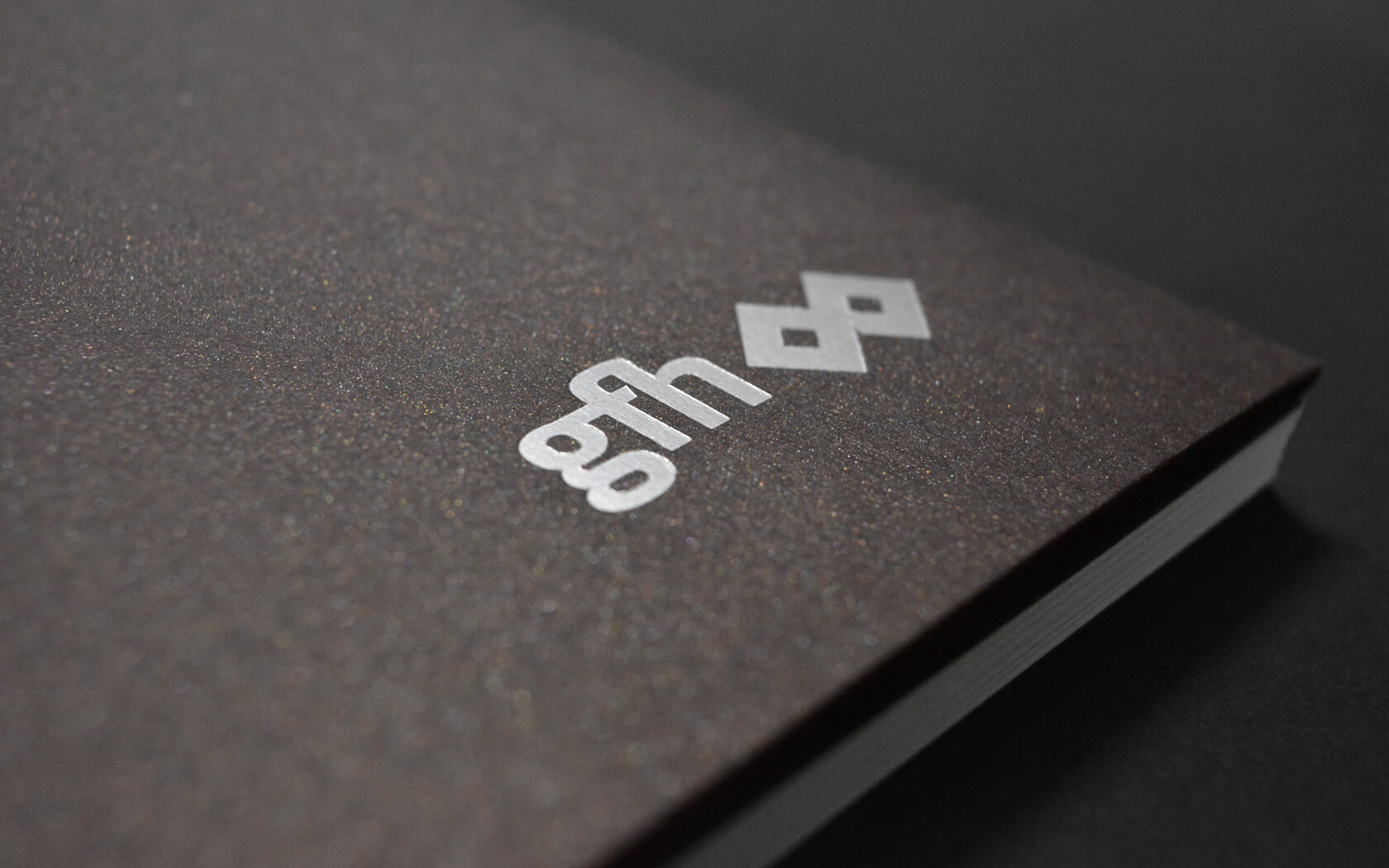 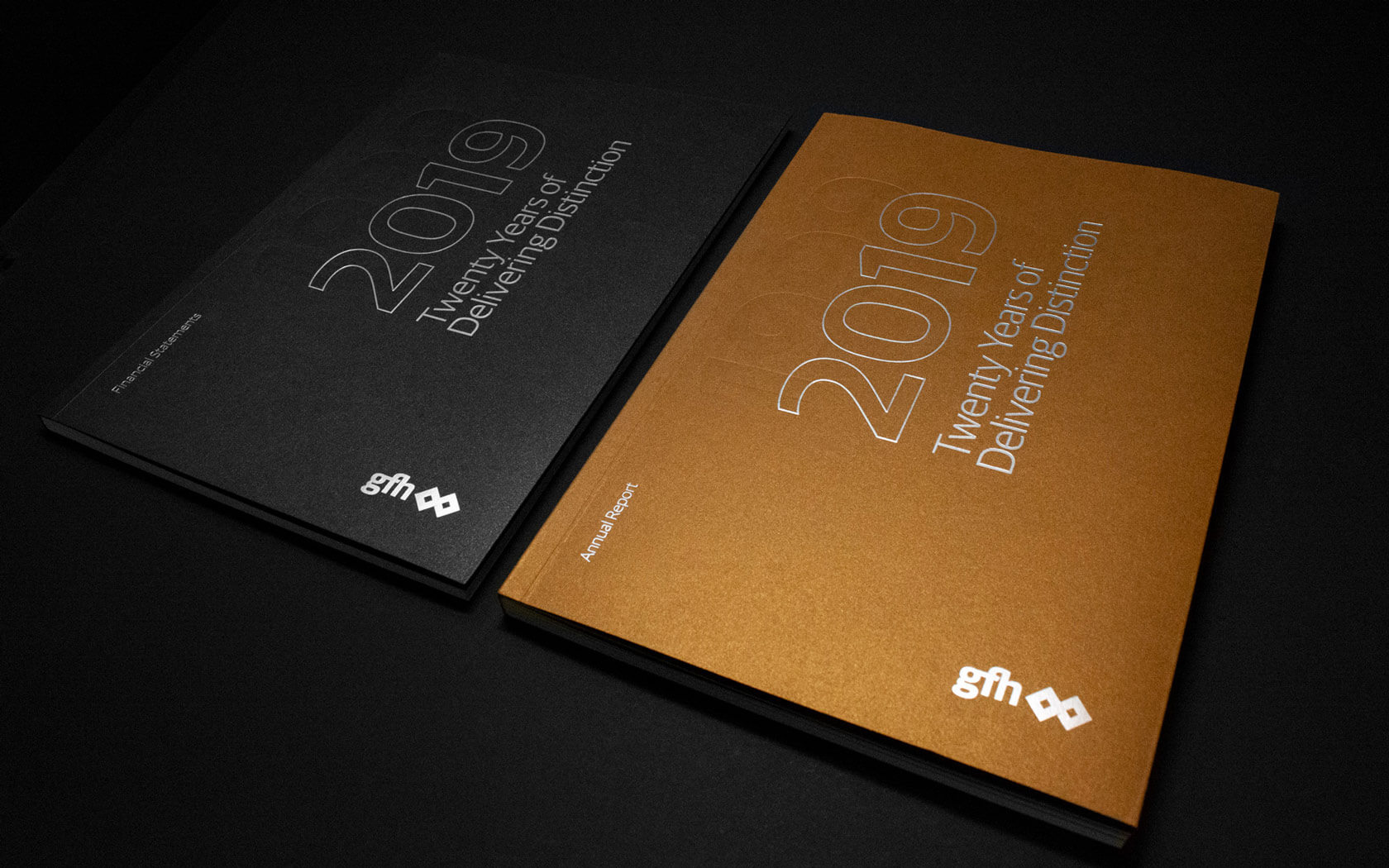 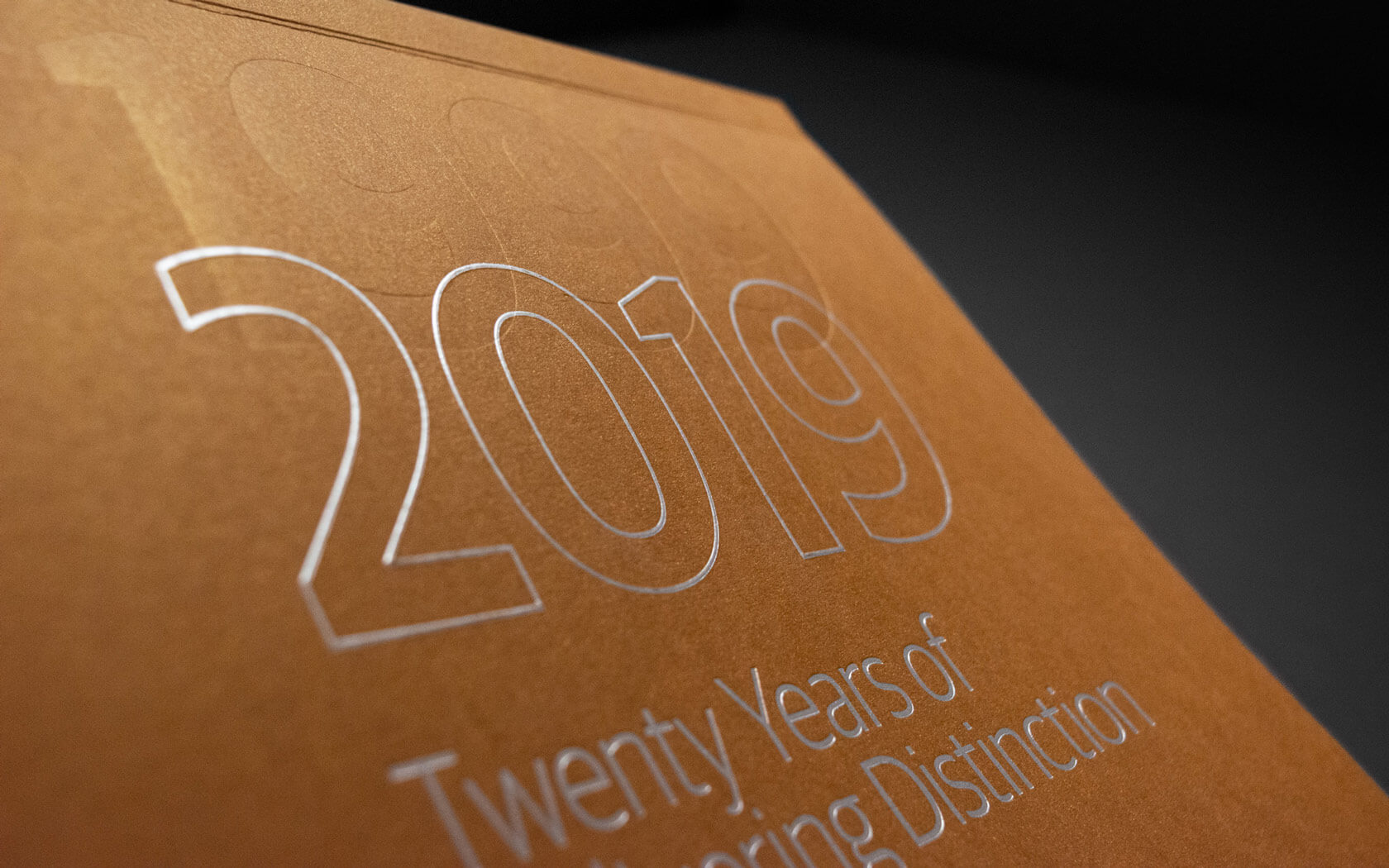 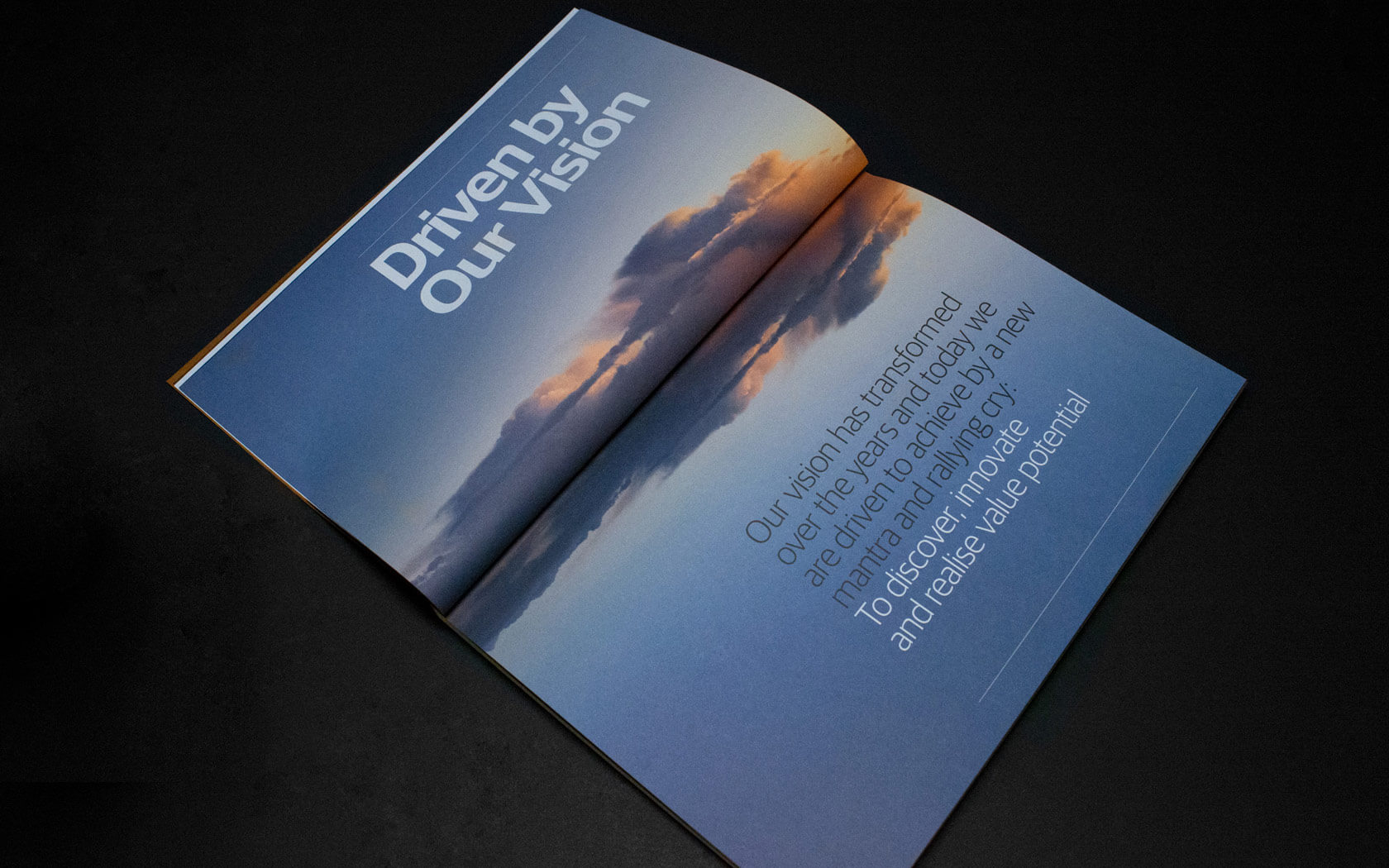 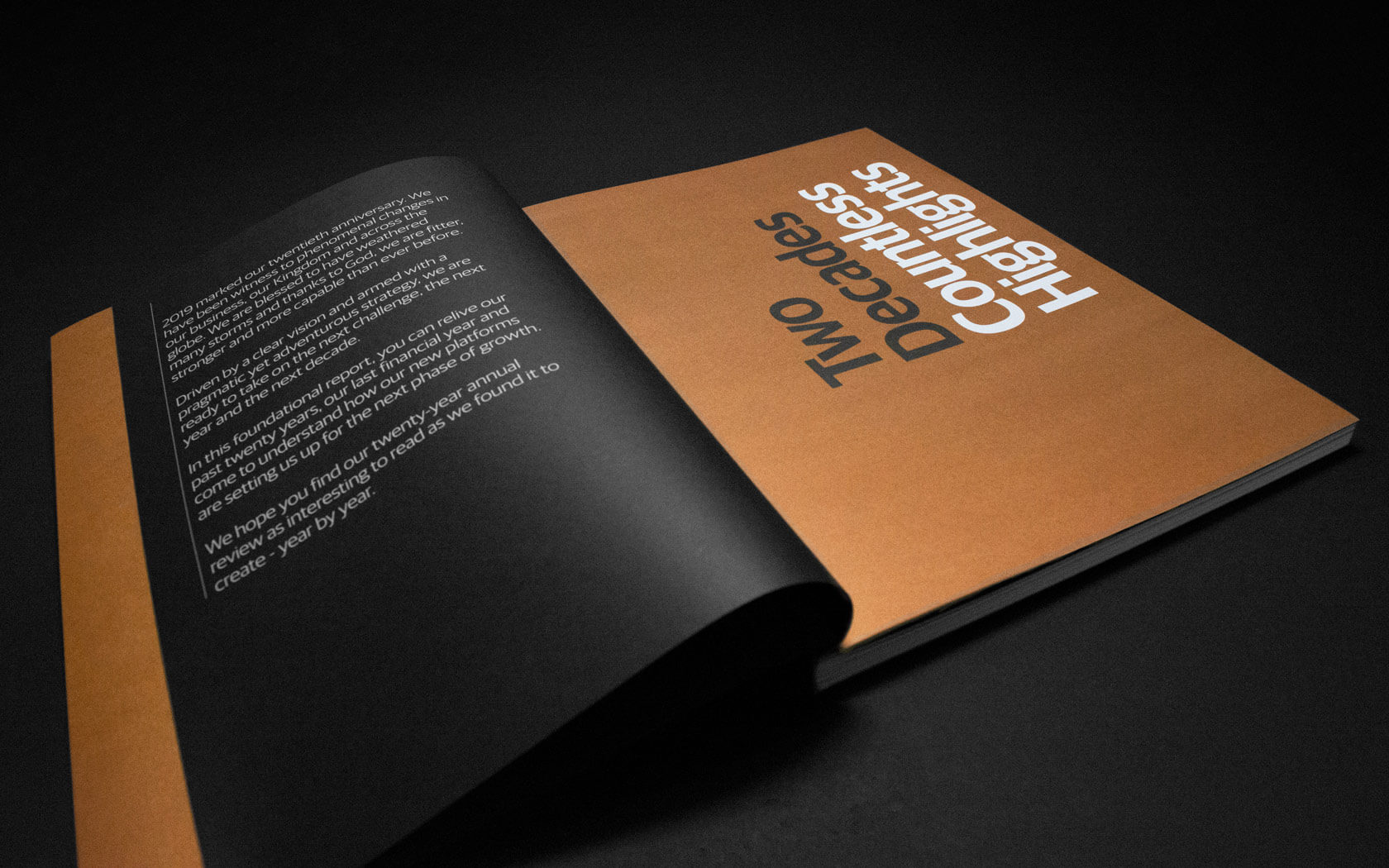 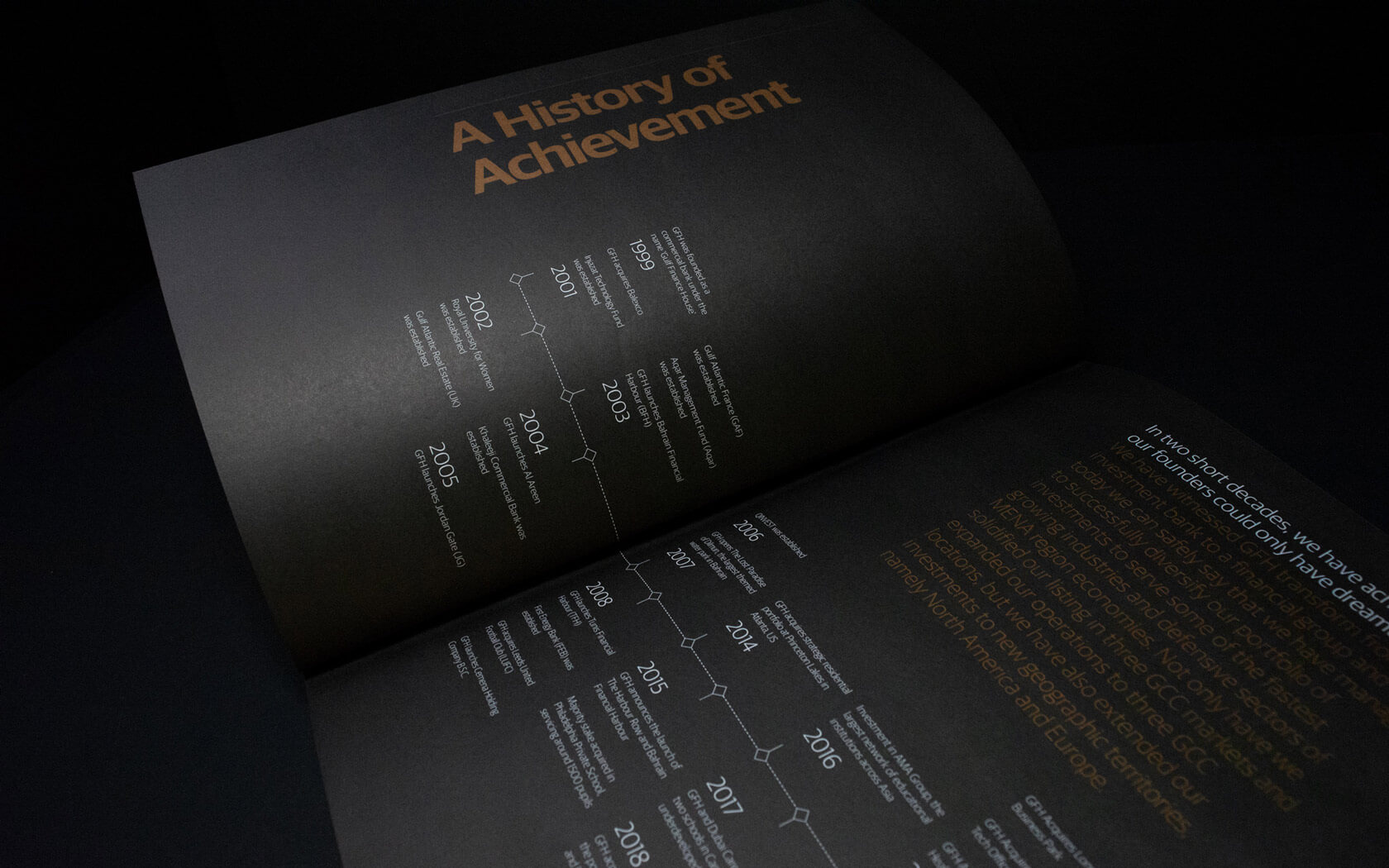 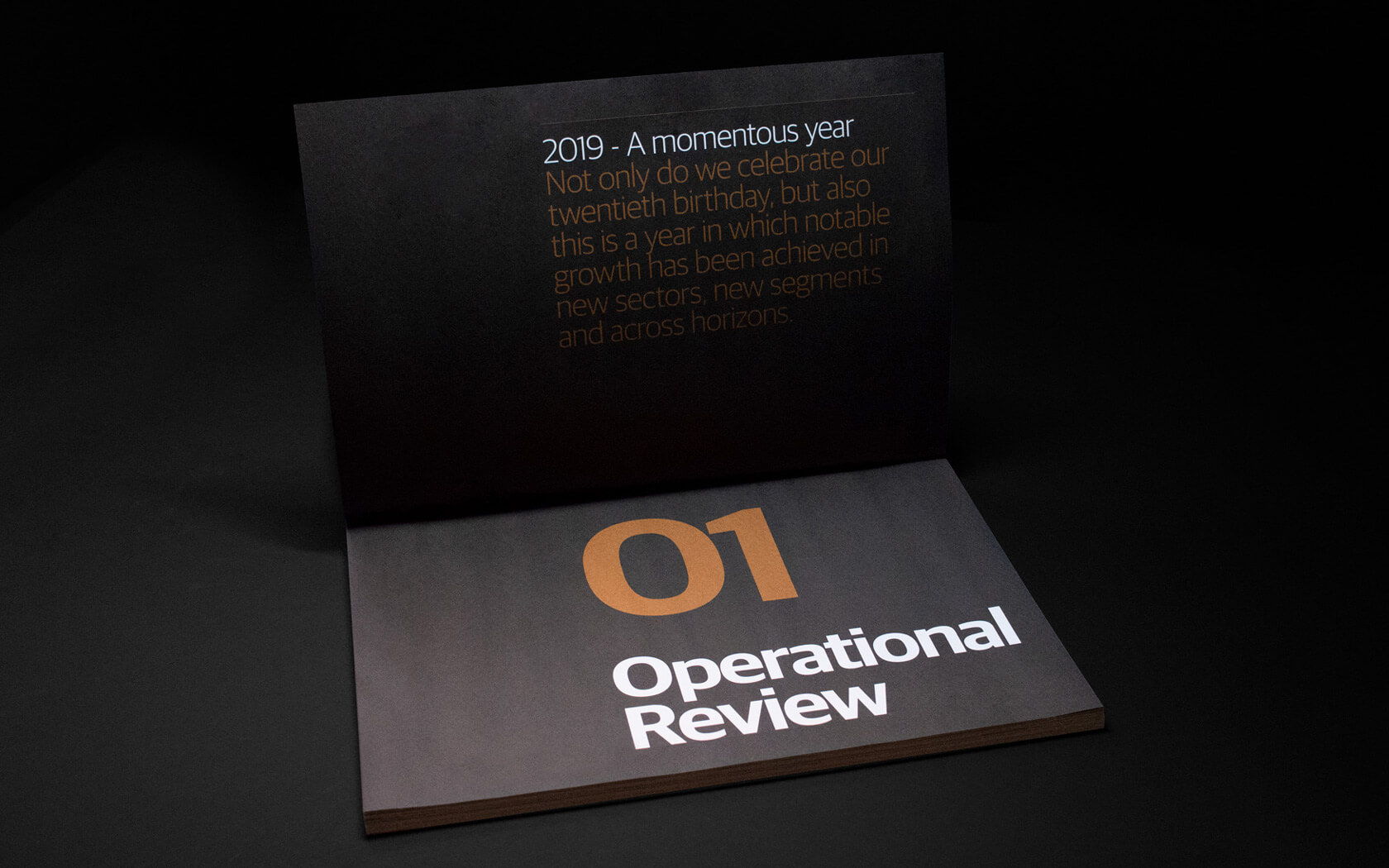 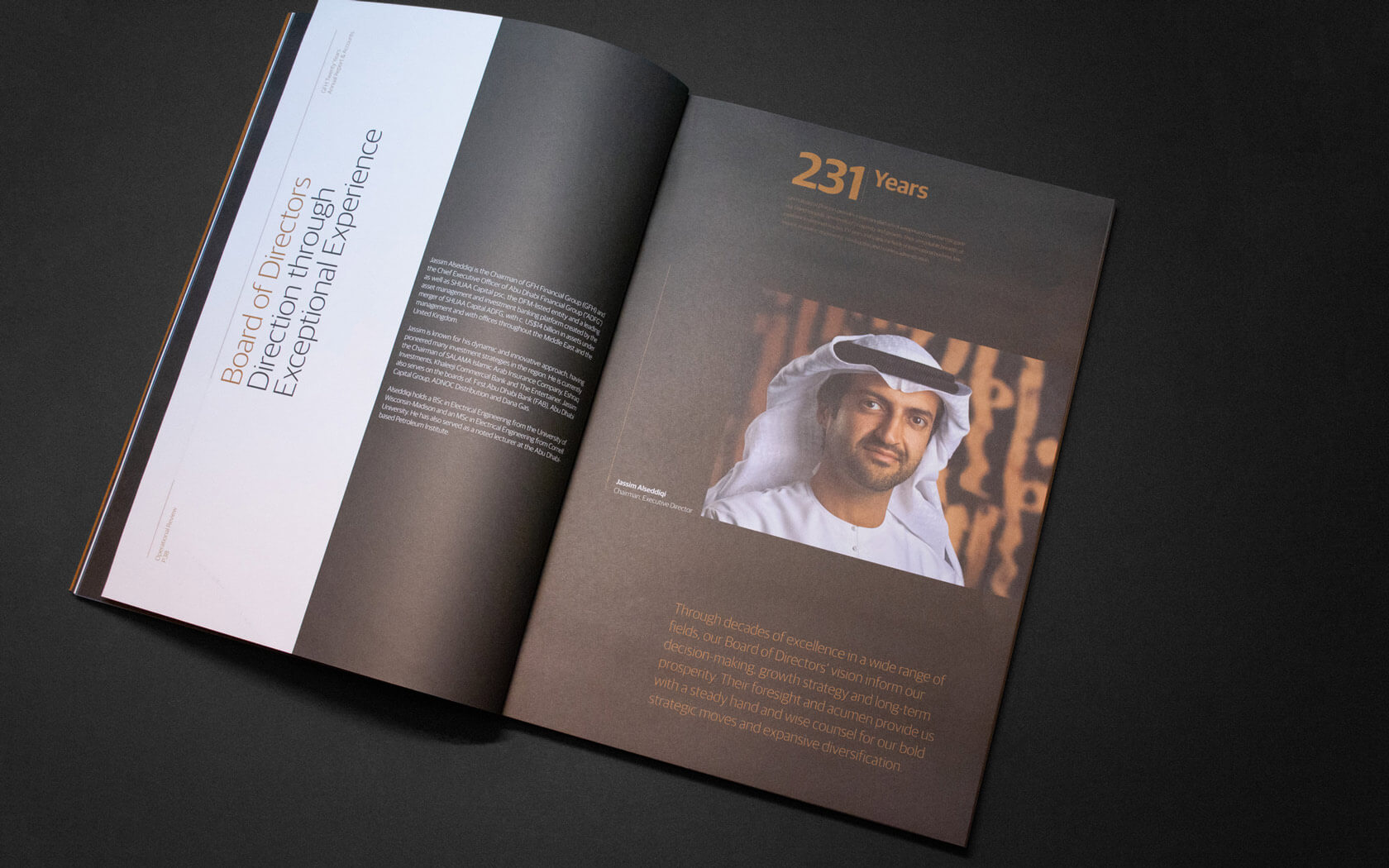 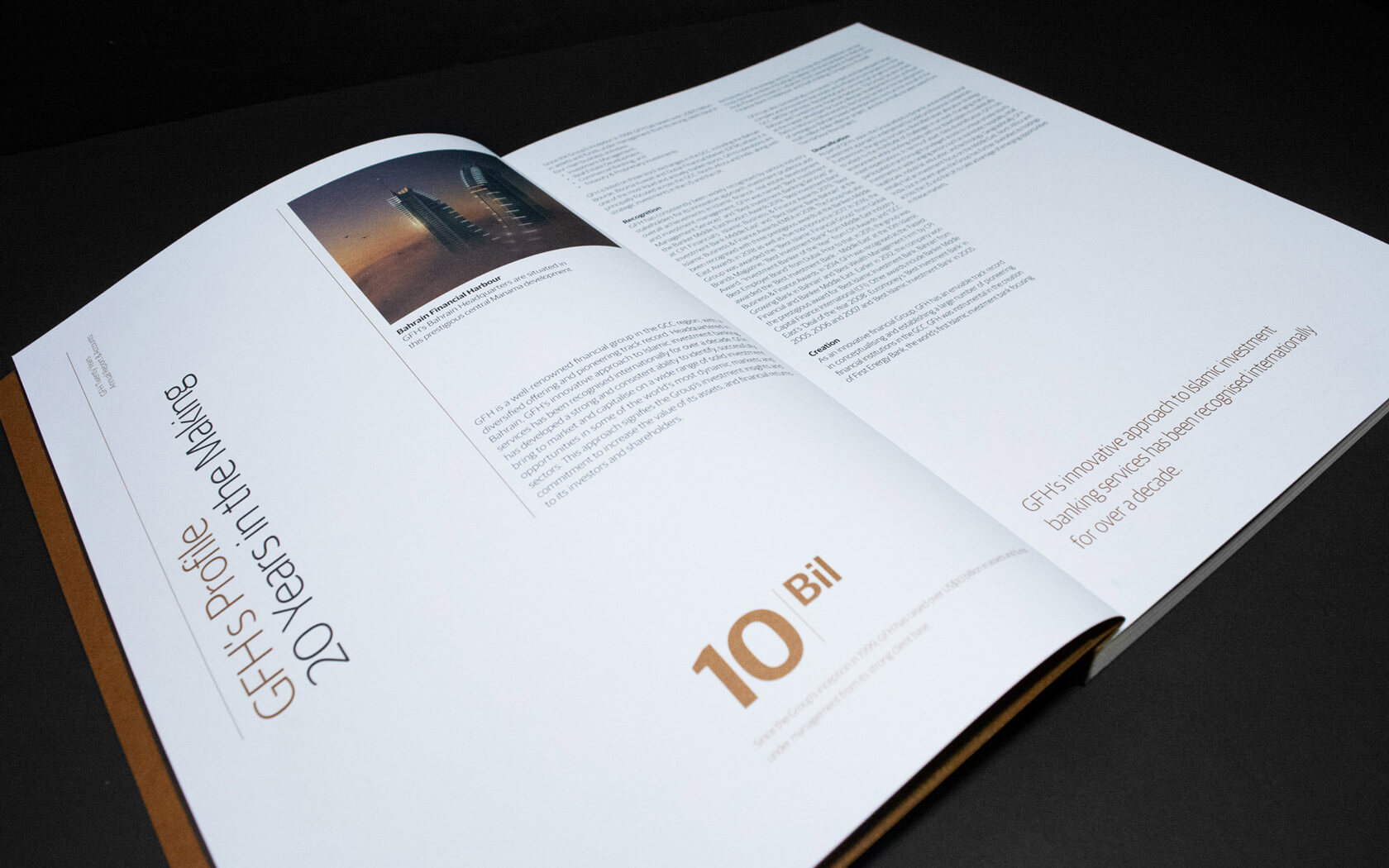 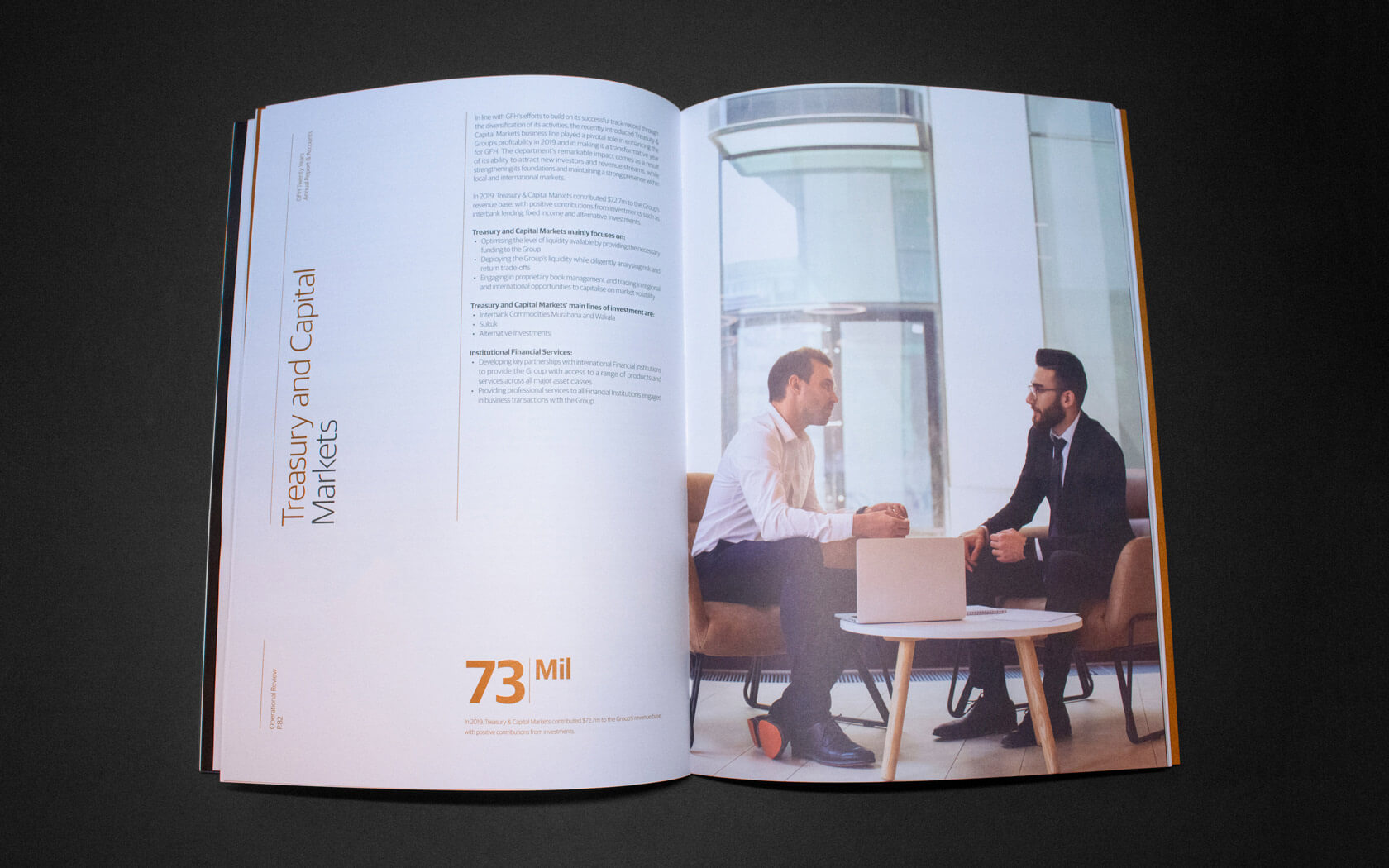 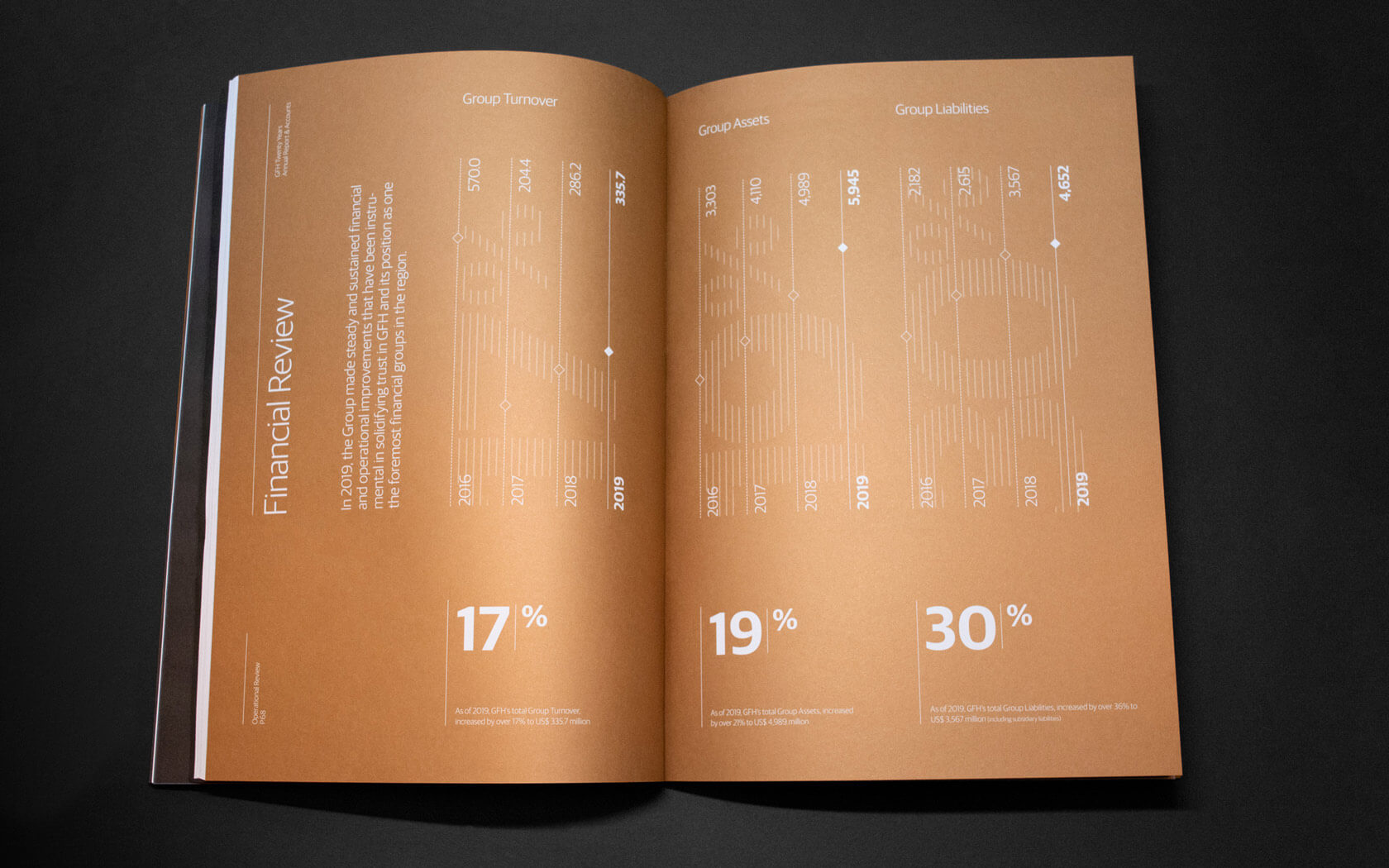 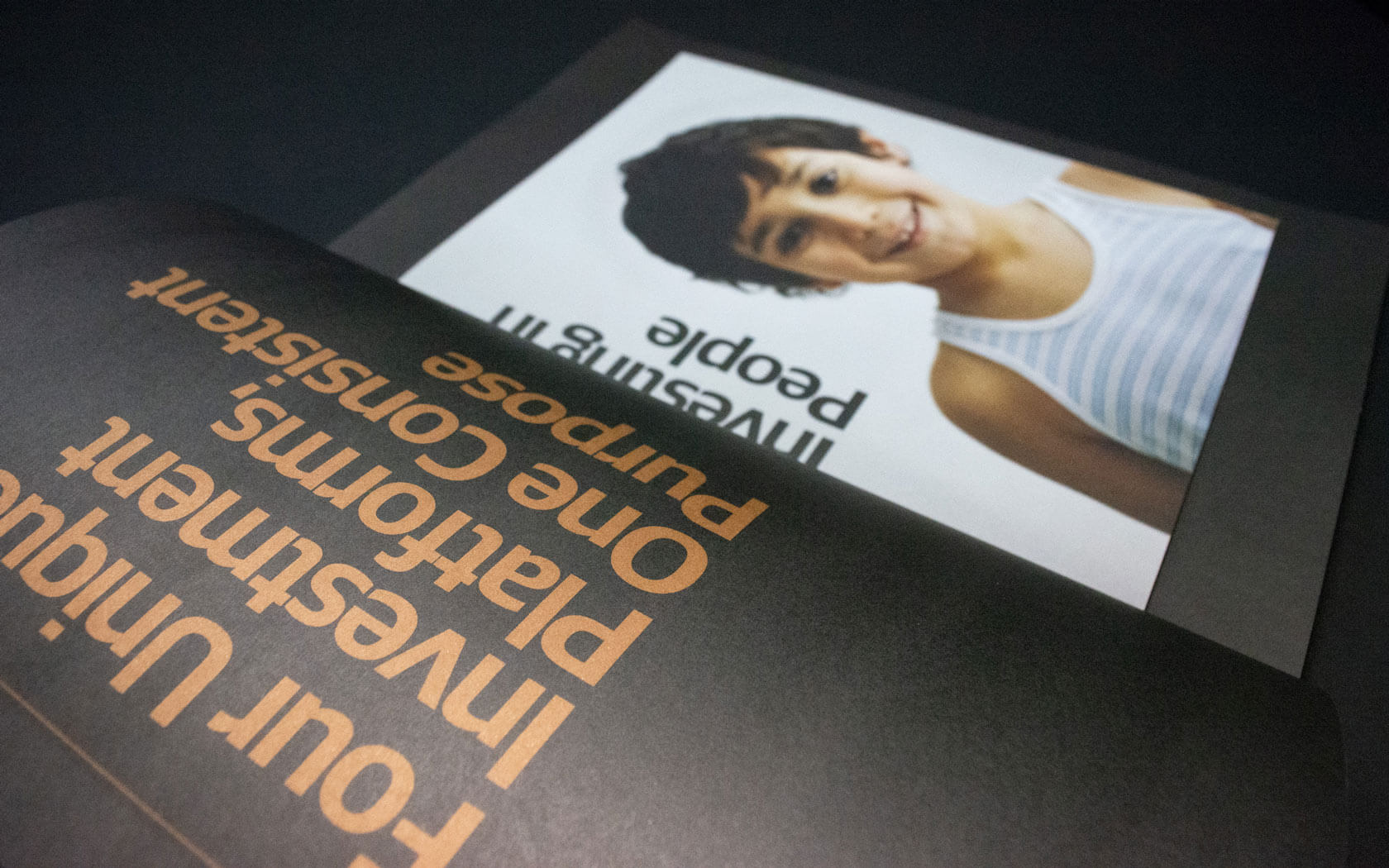 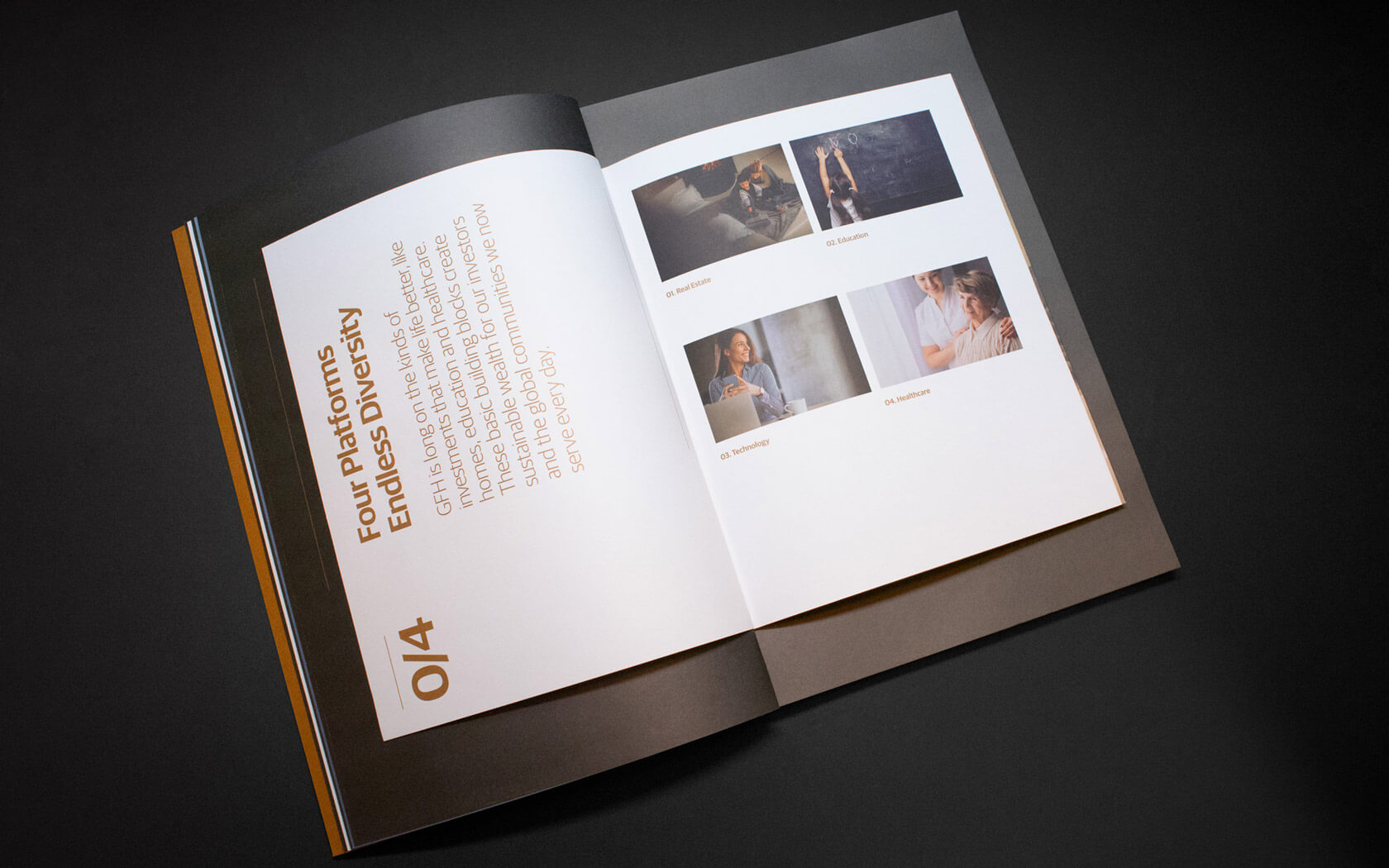 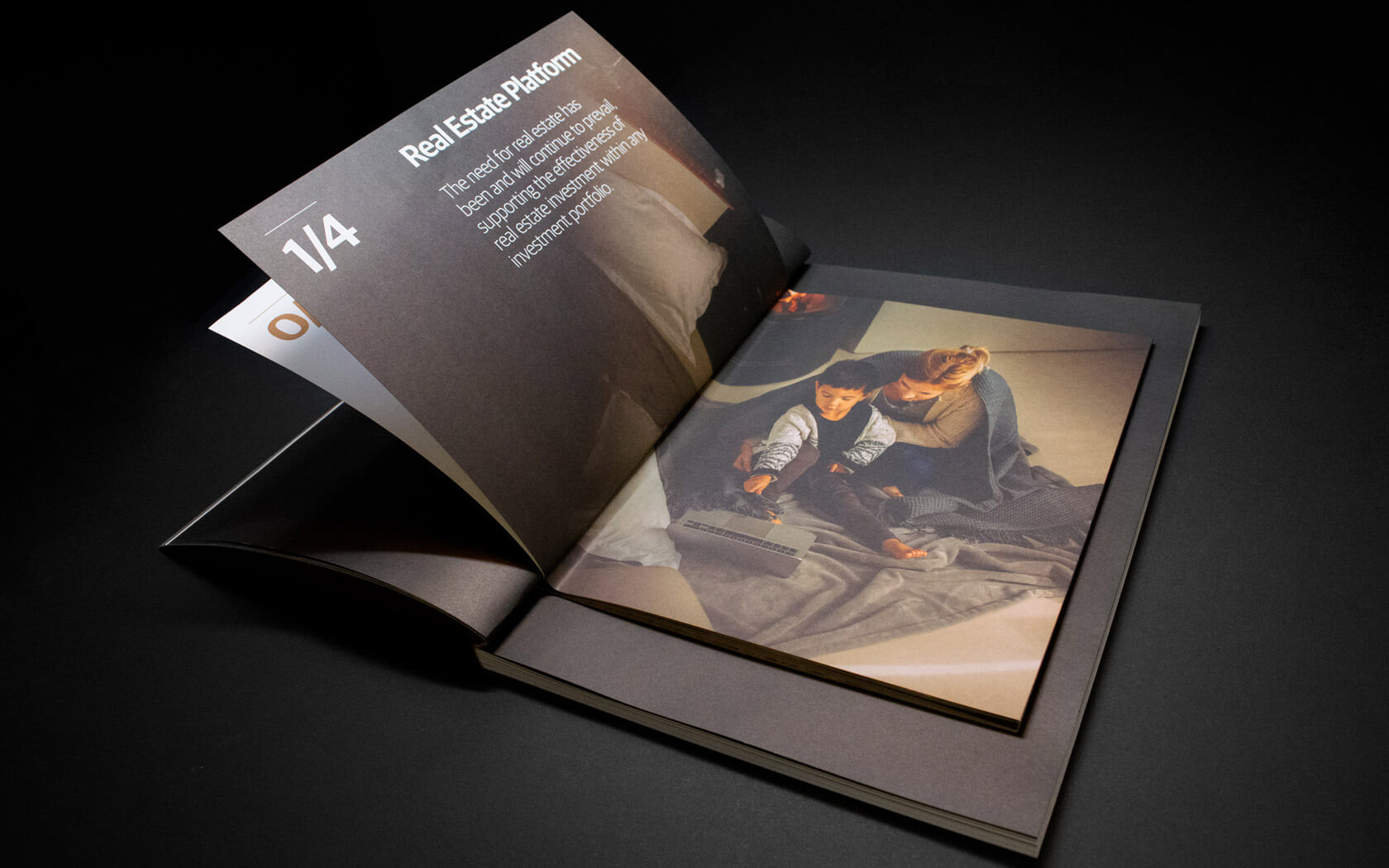 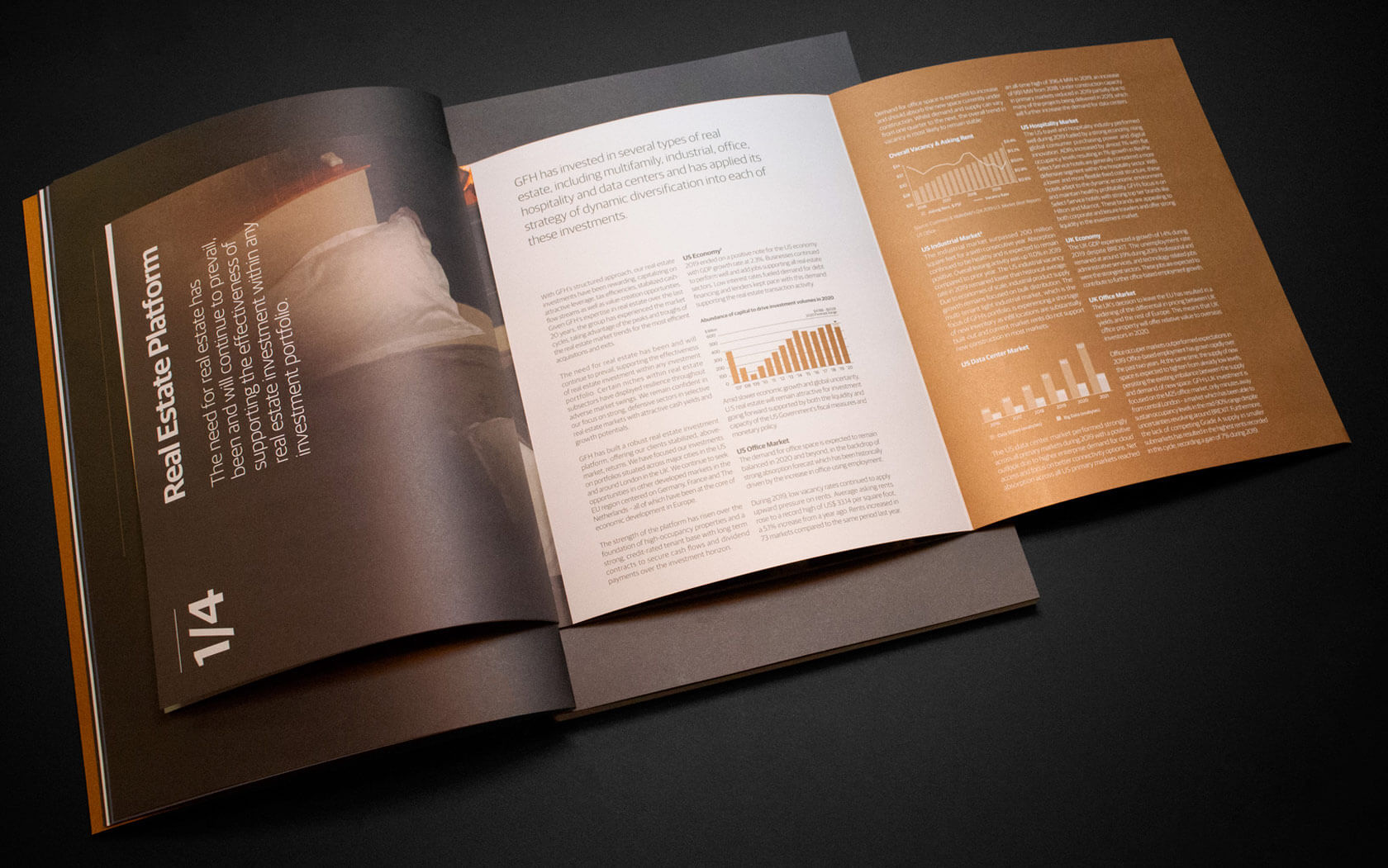 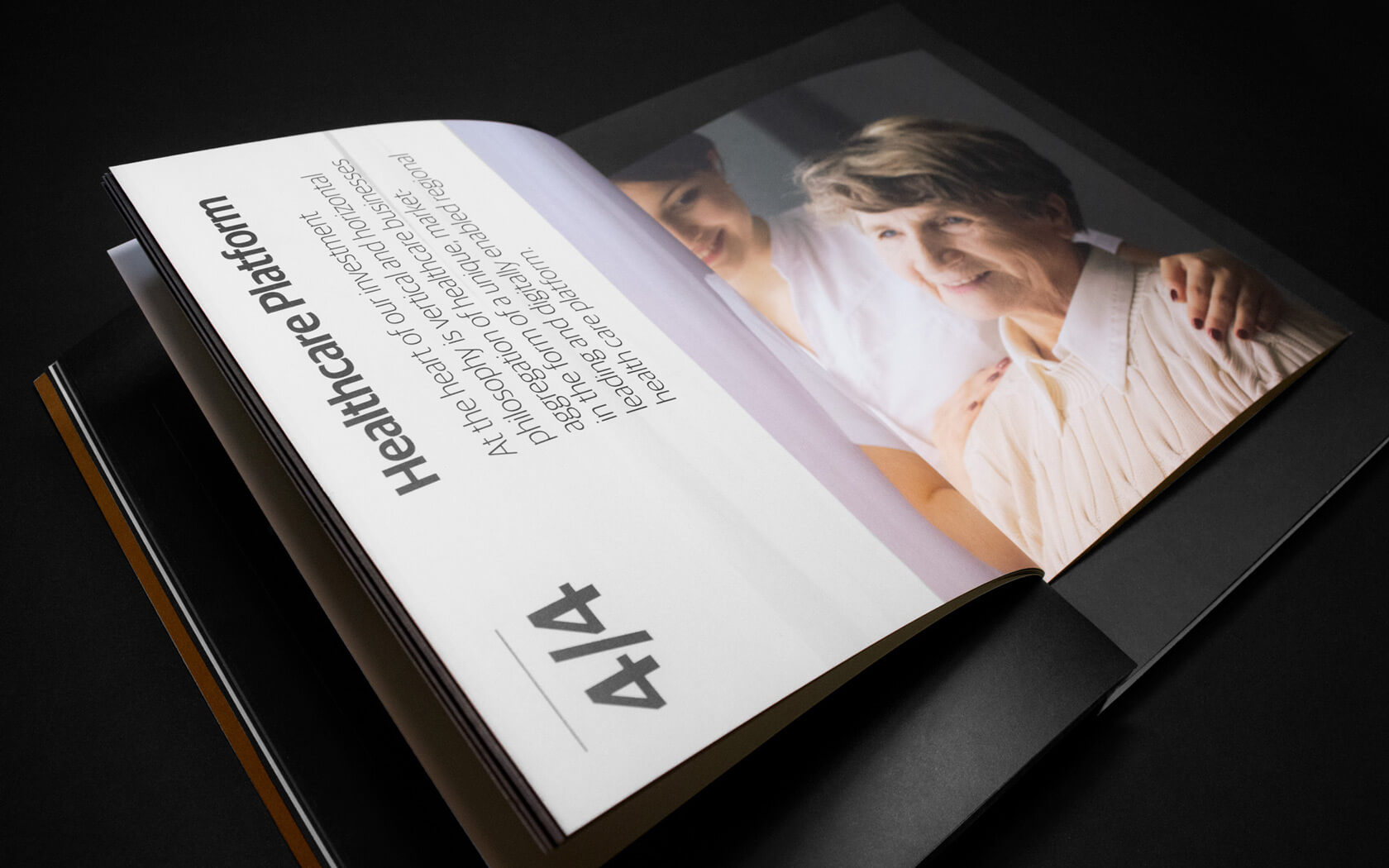 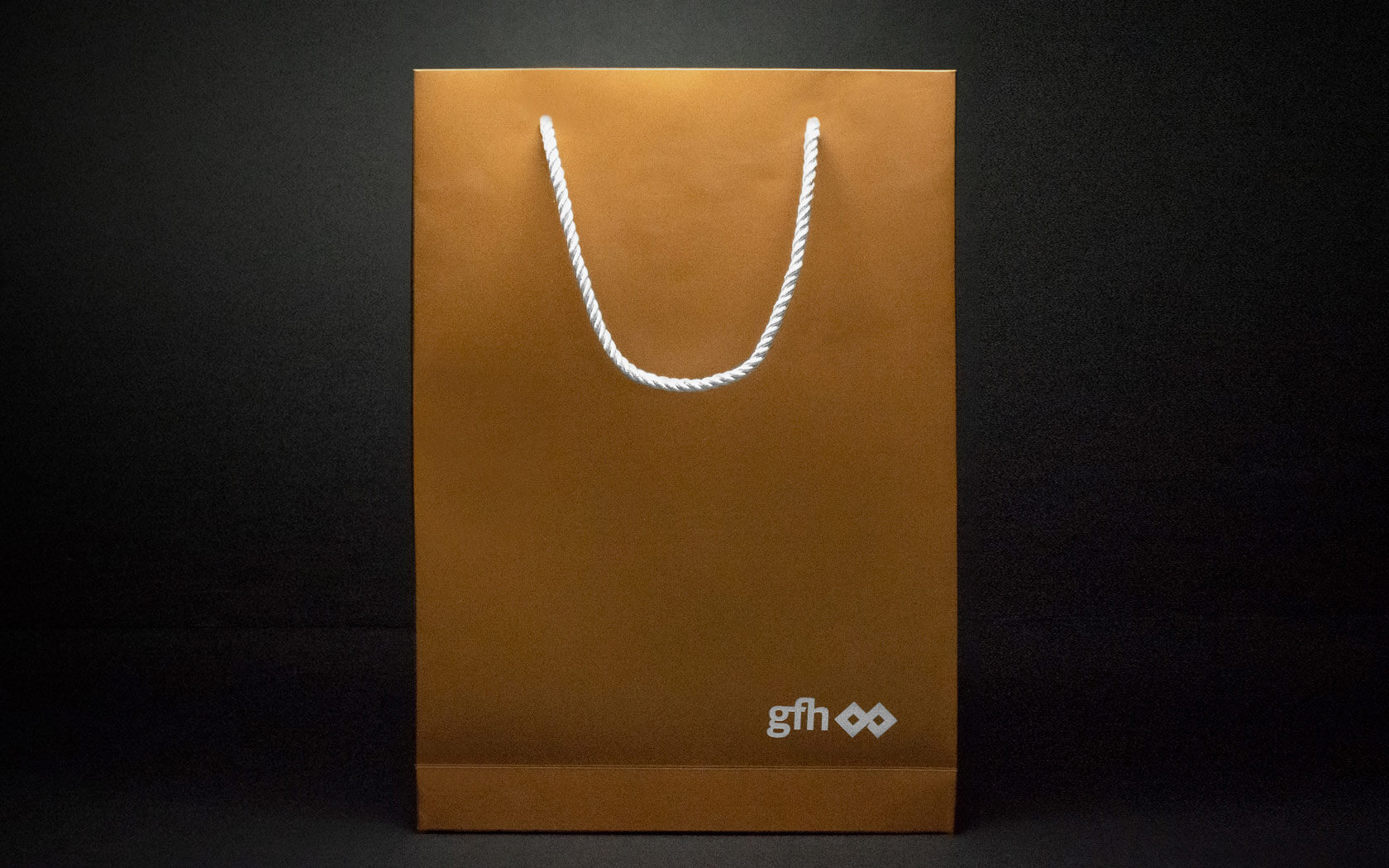 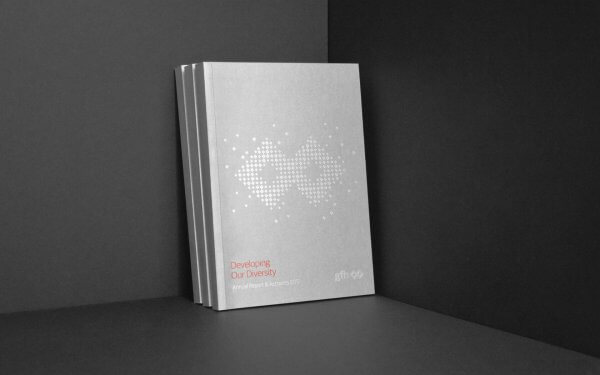 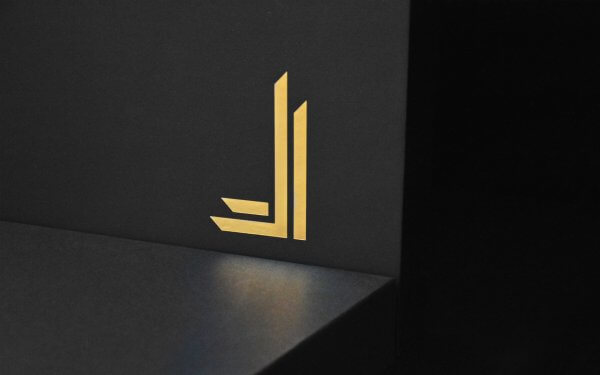 Our work on this clean, minimal and sophisticated brand strategy, identity design and collaterals for recently launched Abu Dhabi based investment bank has won Bronze at Transform MENA Awards 2017. We're very proud of it. 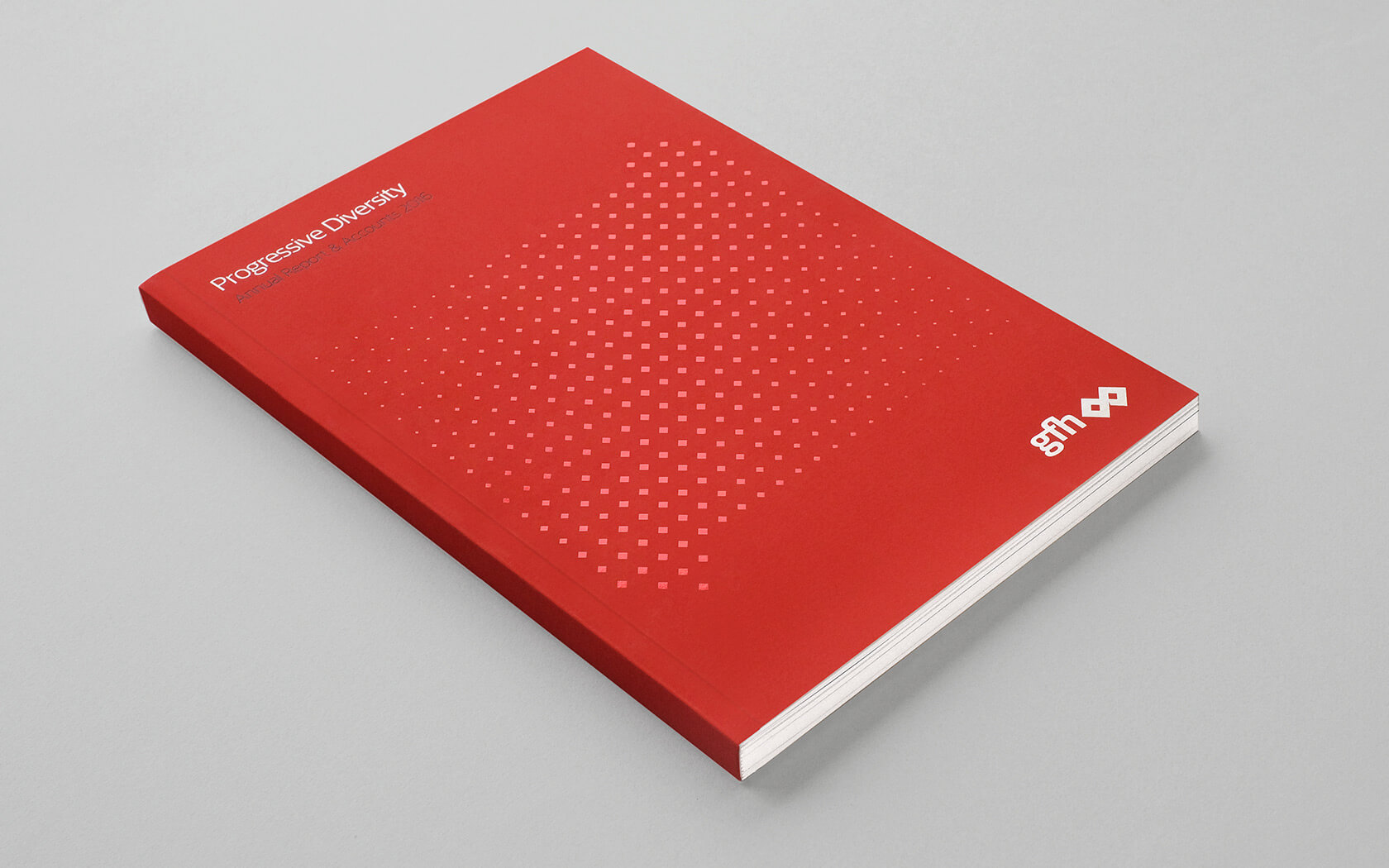 From inception to production, this beautiful annual report for GFH takes the concept of diversity to heart.